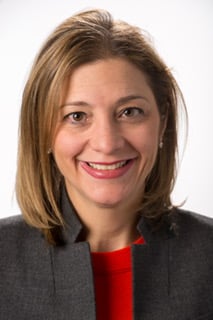 Kim Molstre has worked in politics, government and advocacy for the past 15 years. She started her career on Capitol Hill working for US Representative Rosa DeLauro and House Minority Leader Dick Gephardt. She held senior positions on John Kerry’s 2004 presidential campaign as well as Hillary Clinton’s 2008 presidential campaign. In 2009, she went to work for Mayor Mike Bloomberg, first on his re-election campaign then at New York City Hall. In 2014, she joined Bloomberg Philanthropies. Kim is married to Phil Singer and they have 2 young children. Kim’s mom is an ovarian cancer survivor and Kim recently underwent risk-reducing surgery as a result of being a BRCA2 carrier.