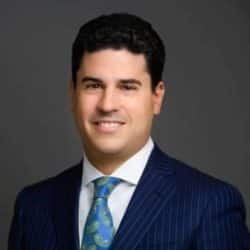 The options for reconstruction after mastectomy usually fall into one of two categories: Reconstruction with breast implants or with natural tissue

Natural Tissue Reconstruction (Autologous Reconstruction) has advanced dramatically over the past few years. The DIEP flap allows for excess fat from the abdomen to be transplanted to create a breast without cutting the abdominal wall muscle as was done in the old fashion technique called a TRAM flap. This allows for a faster less painful recovery with a less invasive procedure that has less risk of abdominal wall weakness or hernia. Woman can now have this surgery and expect to be home from the hospital in as little as 2 days and back to their normal activities in 4 weeks. This is the most advanced form of breast reconstruction and achieves a result that looks, feels and moves like a natural breast. Most importantly the result lasts a lifetime because it is your own tissue and unlike breast implants, it feels and looks better with time. Because the DIEP flap transfers extra fat and skin from the lower belly, the result is similar to a tummy tuck and therefore patients can expect an overall improved waistline in addition to a natural appearing breast that often looks better than before surgery.

The latest trend in Implant Reconstruction is PrePectoral (in front of the muscle) Reconstruction. For over 3 decades breast implant reconstruction was typically performed by placing the implant or tissue expander beneath the muscle of the chest wall. This allowed for greater soft tissue coverage of the implant in order to reduce complications. The long term downside to submuscular placement however, is visible muscle movement or “animation deformity” on the breast which can be unsightly, additionally, the submuscular placement can be uncomfortable producing a feeling of tightness that can be greatly exacerbated by scar tissue around the implant called capsule contracture. The severity of this capsule of scar tissue formation can vary amongst woman but high grade capsule contracture can lead to a painful deformed breast and the submuscular placement can be extremely uncomfortable. The latest technique in implant reconstruction places the implant above the muscle in the “PrePectoral“ space and reinforces the implant with  Acellular Dermal Matrix a form of biologic mesh instead of the muscle. This technique is less invasive than the submuscular procedure and therefore has a shorter recovery and less pain. The long term benefit is no animation deformity and less tightness on the chest wall. The downside is less soft tissue camouflage of the breast implant which often requires fat grafting to correct.