Advances in the Treatment of Triple-negative Breast Cancer

Advances in the Treatment of Triple-negative Breast Cancer 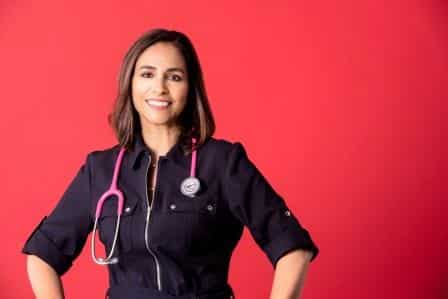 There are promising developments in the treatment of triple-negative breast cancer (TNBC), as new protocols, drugs and advances in immunotherapy provide more tools in combatting the aggressive disease.

TNBC is more likely to spread and recur than other breast cancers, and its treatment has proved more challenging. Between 10-20% of breast cancers are triple-negative – named for what is not found in the tumor, specifically any of the three common types of receptors known to fuel most breast cancer growth.

These receptors – the hormones estrogen and progesterone and the HER-2/neu protein – are targeted in most traditional breast cancer treatments. Without those markers, treatment for TNBC has been more difficult. But there are encouraging advances:

In short, several improvements are here and on the horizon in the treatment of TNBC.  There is intense interest in finding more effective ways to treat TNBC, and we need to be open to participating in clinical trials and expanding research into the disease.

TNBC is more prevalent among women who test positive for BRCA gene mutations found at higher incidence in Ashkenazi Jews. TNBC accounts for about 70 percent of breast cancers among that group. African American and Hispanic women also are more prone than the general population to TNBC, which is most often found in women under 50.

Testing for BRCA gene mutations is encouraged if you have a diagnosis or family history of ovarian or breast cancer. The testing can help inform treatment options after a diagnosis or prompt a regimen of screening and preventative measures before.

Dr. Rivera is dual board-certified in hematology and medical oncology and specializes in the use of chemotherapeutic drugs, immunotherapy, and targeted and hormonal therapies at Holy Name Medical Center in Teaneck. She sees patients in offices at Patricia Lynch Cancer Center and at Holy Name Medical Partners/West New York.