Appreciating Every Moment I Can

Appreciating Every Moment I Can 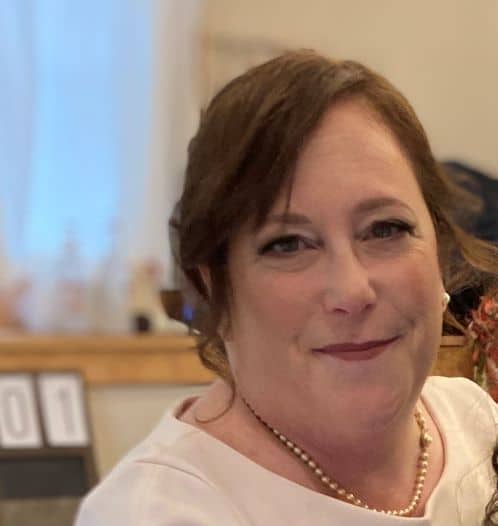 August 2013 will never be forgotten.  My oldest child was getting ready for freshman year of college, my baby was a sophomore in high school, and I found out I had ovarian cancer.  To say we were all in shock was an understatement.  As far as we knew, we had no family history of breast or ovarian cancer. I was only 47 years old, but I was of Ashkenazi Jewish descent. I had displayed symptoms but I easily pushed them aside. I was a mom, a wife, had a full time job, and was co-president of the PTO.

A severe stomach ache forced me to a local urgent care.  And within four days I was admitted to our local cancer hospital and was being prepped for surgery and a journey that would change my life.

While I was in the hospital I had a visitor who was a patient at the same time, who I knew very well.  She introduced me to Sharsheret and shared that they had a great support system when I was ready. I put in a phone call, poked around their website, but I was not ready for any outside help.  I went on to have genetic testing, and found out I was BRCA1, and had six rounds of carbo taxol.  For various reasons, I immediately went back to work after surgery and worked full time during chemo.  But that year, I didn’t get to move my son into his freshman dorm, lost my hair, had a beautiful new scar down my belly, but thanks to my family and friends, I got through it.

Fast forward to February 2015, I was still being closely monitored and found out I had my first recurrence.  March brought on another surgery and many, many more months of chemotherapy. This time, once again, I went right back to work after surgery, worked through chemotherapy, family and volunteer commitments and college touring with my daughter.

I was so happy to be healthy to attend my daughter’s high school graduation and felt there was some normalcy back in my life. I continued to be under surveillance every three months.   Then came June 2017.  A second recurrence happened, and in July of 2017 another surgery  occurred and I was put on Rubraca. (Parp inhibitor)  It made me very sick and then after taking a break for a few weeks to calm my body down I went onto Lynparza.   During that time I had absolutely no side effects .  Around year 4 and a few months (of Lynparza) in the midst of the pandemic my CA125 slowly started rising, even though my scans were clear.    During this time I attended my son’s second degree for nursing, my daughter’s COVID delayed graduation as a mechanical engineer, my son got engaged, and we decided to downsize while the housing market was hot. At that time, I was assigned my first woman to mentor through Sharsheret.  We hit it off incredibly well and then I was assigned two more women. Each of them are very special to me and throughout all of this, we were really able to help each other, and be there for each other.

Then my December scan came, my CA125 went up and the tumor was shown to be active and big enough to remove.  And this time I started looking for support and joined the Sharsheret Embrace Facebook group for women facing advanced cancer.  I was not very active, but it was nice to be part of a “professionally monitored” facebook group. I also began engaging in various Sharsheret webinars, and received both educational and personal benefits.  I started speaking again to my Sharsheret mental health counselorI and she and the Sharsheret staff has been incredible and very supportive to me.

In January 2022, I had my 4th surgery, and I recently started a new chemo treatment. I understand that this will be the story of my life with more surgeries and various treatments, but I am so blessed to be here, feel great and just appreciate every moment I can!!!

My son just got married and all I can say is thank you to my family and friends, my medical team, and Sharsheret for all the support that I have received and continue to get. I was a very proud mom walking him down the aisle.