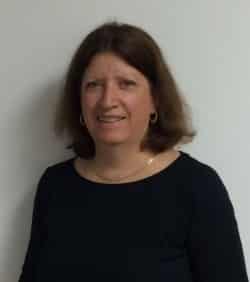 During our webinar, “BRCA Genetic Testing: Understanding the Physical, Emotional, and Financial Challenges,” we received a variety of questions on the topic. Peggy Cottrell, MS, CGC, Genetics Program Coordinator, is pleased to answer your individual questions and concerns below. If you have additional questions, please contact us.

1. If I have a strong family history of ovarian cancer, and already had a prophylactic hysterectomy, should I still consider a prophylactic mastectomy?
If there is no history of breast cancer, only ovarian cancer, then genetic testing would be recommended to help determine whether there is an increased risk for breast cancer as well. If the results are negative, it is unlikely that there is something hereditary causing breast cancer, and you would not meet medical guidelines to recommend bilateral mastectomy. If the results are positive, a prophylactic mastectomy would be an option. If there is a strong history of breast cancer, the genetic test is still a good idea. One way or the other, it would be important to continue careful age appropriate breast cancer screening. If you have genetic counseling, the genetic counselor will help advise you on the best medical management, based on your family history and the results of testing.
2. Where can one go for voluntary BRCA testing?
You can see any genetic counselor; the counselor will take your personal and family medical history. If you have no personal or family history of breast, ovarian, prostate or pancreatic cancer, multisite testing is likely the most appropriate test for you. Multisite testing looks at the three mutations in BRCA1 and BRCA2 that are common in people with Ashkenazi Jewish ancestry. The non-insurance price for this test is a few hundred dollars. There are also discounted testing programs which may be available in your area. You can contact Sharsheret for specific information.
3. If I had BRCA testing done in 2008, and was negative, is there value of getting tested again?
The testing that is done now is different than testing that was done in 2008. Whether or not you need additional testing depends on several factors. First, you need to be able to tell your provider what type of testing was originally done. In 2008, Myriad Genetics was the only commercial laboratory doing genetic testing for BRCA1 and BRCA2. If you no longer have a copy of your result, you can call their customer service (800-469-7423) and get a copy sent to the ordering provider, who can have it sent to you. Second, it depends on your personal and family history of cancer. If you are low risk, you may not need additional testing. Finally, it depends on your insurance. The best way to figure this out is to call a genetic counselor, ideally the one who did your original testing. He or she will take a look at your current family history and previous testing and let you know if you are a good candidate for updated testing.
4. Is there still a benefit of prophylactic surgery if my BRCA gene was passed from my paternal side?
Yes. Mutations inherited from your father are indistinguishable in your body from mutations inherited from your mother. The risk for cancer is the same, whether it was maternally or paternally inherited.
5. Is there any connection between Tay-Sachs and BRCA?
No, except that both mutations are seen more commonly in individuals with Ashkenazi Jewish ancestry.
6. If a woman is tested for BRCA, what are the implications for her children?
If a woman tests positive for BRCA, her children have a 50% chance to inherit the mutation that she carries. If she tests negative, her children cannot inherit a BRCA1 or BRCA2 mutation from her. However, they may have inherited a BRCA1 or BRCA2 mutation from their father.
7. What other gene mutations, besides BRCA, are being researched at this time?
There is a large amount of research going on looking into genes that predispose people to develop cancer. Some studies look for genes that we have not yet identified that can predispose to cancer. Other studies look at the genetic mutations that are present in tumors to try to understand how they lead to cancer and whether their presence gives us any information about treatment. We may also see hints of genes that are hereditary in these types of studies. There are also studies that look at the cancer risks that go along with cancer predisposition genes that we have already discovered but don’t yet understand that well. There are hundreds of genes that have been implicated (some in small ways, some in big ways) in the development of cancer. Finally, we study the uncertain variants that sometimes are identified during testing to see if we can determine their importance.
8. Can Jewish women get nipple tattooing? Is this a conflict with the Jewish law against tattooing?

This issue is very personal and individual, and women who are concerned about this should ask their own rabbi.

9. Ovarian cancer screening methods are often not effective. What ovarian surveillance would you recommend for high risk women?

National guidelines only recommend ovarian cancer screening for women who carry a gene that predisposes them to ovarian cancer. The screening includes a pelvic exam, transvaginal ultrasound, and CA-125 blood test, done every 6 – 12 months. However, ovarian screening has not been shown to improve survival in the cases of ovarian cancer it identifies. Ovarian screening is only a short term measure to be considered until high risk women have prophylactic surgery, which would typically be the removal of their ovaries and fallopian tubes. High risk women should speak to their physician to determine the optimal screening method.

10. Is there risk for colon cancer with BRCA1/2 mutations? What other cancers are associated with the BRCA gene?

Early studies seemed to identify an increased risk for colon cancer, and, rarely, families with mostly colon cancer are found to carry a BRCA1 or BRCA2 mutation. However, most subsequent studies do not find carriers of BRCA mutations are at an increased risk for colon cancer. We recommend that BRCA carriers be careful to have their colonoscopies as indicated by the general population screening guidelines, which suggest a colonoscopy at age 50. Individuals may also consider a colonoscopy at an earlier age than 50 if there is a history of early colon cancer in the family.

11. Do most BRCA positive breast cancers occur before menopause?

Many, but not all, BRCA1 and BRCA2 positive breast cancers occur before menopause.

13. If someone tests negative for a known genetic mutation, but has other risk factors that make them high risk according to breast cancer risk calculators, are they still considered high risk?

They may still be considered high risk; it depends on the other risk factors. It is important to include all of the information in the breast cancer risk calculator, including testing negatively for a known mutation in the family. This is a question which can be addressed by your health care provider.

14. Is it possible to be BRCA+ without any known family history of BRCA or breast cancer in the family?

Yes, we think that approximately 2% of individuals without a personal or family history of breast, ovarian or pancreatic cancer will carry a mutation in BRCA1 or BRCA2.

15. How do you suggest removing the stigma around testing and taking control of the process?

As more people talk about being carriers, the stigma is reduced. As a genetic counselor, I meet and speak with many carriers. I know that most of them, after taking the necessary steps to have screening and/or prophylactic surgery, live long and full lives. It can also help when famous people, like Angelina Jolie, speak out publicly about their own experiences with being a BRCA1 or BRCA2 carrier. Finally, we at Sharsheret can help women take control by helping to educate and support them through this process. It helps to know you are not alone.

16. How can you get insurance to cover CA-125 blood test since it’s typically administered to those who already have cancer?

The reason CA-125 is not covered by insurance is that it has not been proven to be an effective screening test for women who have never had cancer.

17. Do you think it’s essential to work with a genetic counselor during the testing process or is working with an OB-GYN sufficient?

I think it is very beneficial to work with a genetic counselor. Many who call Sharsheret with questions have not had genetic counseling. Sometimes they have received misinformation about genetics from non-genetic providers who ordered their testing. An OB-GYN may not work with enough labs to find the one that will accept your insurance. You may think you are not covered, when in fact you may have either had the wrong test ordered, or the wrong lab utilized. Your OB-GYN does not have the same expertise in genetics as a genetic counselor.

People who are not Ashkenazi can still be BRCA1 and BRCA2 carriers. If you are not sure if you are Ashkenazi, speak to a genetic counselor about your ancestry to be sure you are getting the genetic test that you need.

19. What are the implications of population testing among Ashkenazi Jewish women for long term studies and research for cures and treatments?

I don’t think the main reason for population screening is to increase research. The main goal is to identify women at high risk and offer them high risk screening and prophylactic surgery. Some researchers wonder if families with BRCA1 and BRCA2 mutations who have significantly less cancer have genetic factors that protect them. This may be an area of research for these families to pursue. If population screening for Ashkenazi women is effective, it may be considered for other populations.

20. Do insurance carriers pay for prophylactic surgery and/or reconstructive surgery?

In most cases, insurance pays for these procedures. It is much less expensive to pay for surgery when someone does not have cancer than to pay for the treatment of cancer, as chemotherapy and radiation therapy can be very expensive.

21. If a woman has already had breast cancer, should she have BRCA testing?

The person in the family who has been diagnosed with cancer is almost always the best person to have genetic testing. This is because they are the most likely person in the family to carry the genetic mutation. If no mutation is identified in the person with cancer, other family members may not need the genetic test. Women recently diagnosed with breast cancer may use the result of the genetic testing to decide if they should have a bilateral mastectomy instead of a lumpectomy or single mastectomy. People who have had breast cancer once can unfortunately develop it a second time, so women with a genetic predisposition may be encouraged to have the more extensive surgery. We also want to be sure to remove the ovaries and fallopian tubes of someone who tests positively for BRCA1 or BRCA2 at the proper time. Prophylactic surgery may not be necessary in someone whose testing is negative.

22. How do I find a genetic counselor in my geographic area?

Go to the website of the National Society of Genetic Counselors (www.nsgc.org) and use the “Find a Genetic Counselor” function. You can type in your zip code to see who is available in your area. You can also look at the NSGC pages designed for the public (http://aboutgeneticcounselors.com/).