My Battle with Breast Cancer: the Parent as Patient

My Battle with Breast Cancer: the Parent as Patient 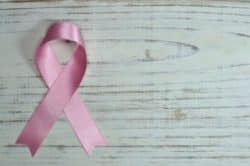 On any given day I wear several hats. I am a wife, mother, daughter, employee, and friend. It is a bit of a juggling act, especially when I am getting ready for a meeting, fielding texts from my daughter, and planning what I am making for dinner – all at the same time! I take pride in each and every identity ,which is why a few years ago it was so difficult for me to have a new identity usurp them all. I became a patient.

One week before my 39th birthday I was diagnosed with breast cancer. I was fortunate that it was caught early, but it was an aggressive kind (triple negative) that required swift treatment. I had a “suspicious” mammogram on a Friday, a biopsy on a Tuesday and a diagnosis thrown at me on a Thursday. In the five weeks that followed, I spent more time at medical appointments than at work. Meetings with doctors, nurses, social workers, and genetic counselors. An MRI, a CT scan and endless blood work. My reward at the end of the five weeks…the beginning of 14 rounds of chemo followed by two surgeries. My head still swirls when I think about it.

When you become a patient, you cling to your old identity like a rock climber holds onto the side of a mountain. You want people to remember that you were a human being with actual interests that you would greatly prefer to talk about. I wanted to talk about Project Runway and politics, not hair loss and neuropathy. The identity I yearned to maintain the most was mom, and yet now I was the one who needed to be cared for. How was I going to be even a sliver of the mom I was before while going through the biggest crisis of my life? I decided from the get-go that I was going to strive for as much normalcy as possible, even on days when I just wanted to curl up and sleep.

There are several moments during my year of cancer when I felt like I was able to “mom.” The first was at the beginning. After a couple of weeks of working with the hospital social worker on what to say we told our kids, then 8 and 4. We did not sugar coat things, never referred to it as an “owie,” and prepared the kids for what was to come. My son was too little to understand much of it, and my daughter was hysterical until we assured her that I would be OK. Comforting them and holding them close was the most mom thing I could have done.

We always joke that I am the household cruise director, but during my illness I was more reliant on my crew than ever. I was determined to maintain my kids’ routine. I was fortunate to have a village of family and friends who helped throughout. There was a meal calendar so 4 days a week we had dinner delivered. My kids never missed a day of school or an activity. There were days when I like to think they barely noticed I was sick.

I tried to have fun when I was up for it. I planned my daughter’s birthday celebration and was putting together goody bags two days after chemo because we all deserved a party! We still read together most nights and if I was not feeling well enough to eat at the table we would picnic in the living room. We went apple picking and to the movies. We cuddled on the couch and watched lots of movies. I was present and even if I was a couple of steps slower, at least I was still with them.

I am 4 years out now, and I try to keep cancer in the rearview mirror. When I sat down to write this, I asked my kids what they remembered about my year of bleh. My daughter remembers that I was tired and cranky a lot. My son seemed shocked that I had cancer, though he remembers that he liked rubbing my scalp like a chia pet. The fact that they stayed normal, self-centered (in the best way) kids through it all is one of my greatest parenting accomplishments. Parent 1…Patient 0. Mom for the win!