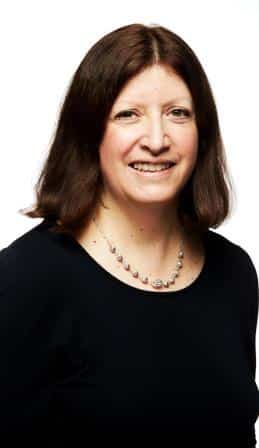 News broke in mid-January that Chris Evert, a top professional tennis player in the 1970’s and 1980’s, had been diagnosed with Stage 1 ovarian cancer.  At first glance, this is very sad news.  However, in reading the story’s details, it becomes clear that Chris is actually quite fortunate.

A little over four years ago, Chris’s sister Jeanne was diagnosed with ovarian cancer.  As part of the evaluation of her disease, she had hereditary cancer genetic testing in which no gene mutation was identified.  Sadly, Jeanne died of her ovarian cancer in February 2020.  This past October, the Evert family was notified that Jeanne’s test results had been reclassified, and her result was now considered to be positive for a mutation in BRCA1.

It is likely that Jeanne had a variant of uncertain significance in BRCA1 identified on her original genetic testing. This means that Jeanne had a slightly different pattern in her DNA than most people, but the scientists were not sure if it was part of normal variation, or if it was something to be concerned about. It is not unusual to identify uncertain variants, as they occur in approximately 20% of genetic testing results.

Immediately after finding out that her sister in fact had a mutation in BRCA1, Chris was tested for the same mutation and also tested positively.  Her first concern was her risk of ovarian cancer, and she immediately scheduled a risk reducing procedure, including removal of the ovaries, fallopian tubes and uterus.  A small tumor was found in the fallopian tubes, the location where scientists know most ovarian cancer starts.  A second surgery was performed to check the lymph nodes and take more tissue samples, and now Chris is receiving chemotherapy.

So why is Chris actually fortunate?  First, that Jeanne had the genetic testing, as all women diagnosed with ovarian cancer should, but don’t always have done.  Second, that research was able to help the lab to reclassify Jeanne’s result, and this news was shared with the family.  Third, when given the opportunity to be tested for the mutation in the family, Chris didn’t wait around, but had genetic testing immediately.  Once she knew she was at risk, she didn’t hesitate to have the surgery she needed, which probably saved her life.

So what can you do?  Make sure you know your own family history.  Consider genetic testing to help determine your risk to develop cancer.  Find out if previous testing needs to be repeated. Like the Evert family, you may believe cancer is not inherited when updated testing can find an inherited mutation.  Take action if you test positively for hereditary cancer.  If you have questions, reach out to Sharsheret; we are here to answer your questions.