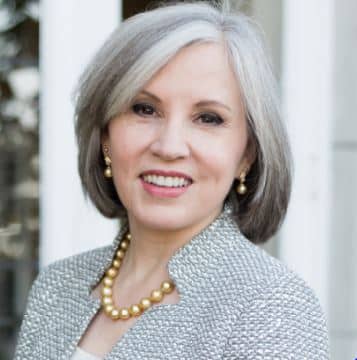 I discovered Sharsheret by happenstance, spotting their info-booth in an Atlanta hotel. A month later, I contacted them, eager to tell them about our free stress-buster app, the Breathing Butterfly. People with cancer must have some stress, I imagined.

It’s one thing to imagine, another to know. The new release of our app came just as I was getting a breast biopsy, which was supposed to prove benign. Expecting good news from the biopsy, I emailed Sharsheret and made an appointment to talk about the app. Instead, the biopsy was positive, and I was thrown into a new world of genetic testing, endless doctors’ visits, and setting up Caring Bridge sites. It felt like a dream, like I was dissociated from my body and life.

I relied on others to come with me to my appointments; it was a lot to take in. Having served as an interfaith chaplain at Stanford Hospital, I found it strangely reassuring to walk the same halls as a patient that I’d once walked as a healer. I was asked to choose between chemo with radiation or single or double mastectomy with/without reconstruction. These choices shocked and angered me so much I almost chose to “go flat.” Take that! I’d say. Then, a gentle friend told me her own tale, and that she has reached a time in her life where she can shower normally, forgetting her cancer ever happened to her. The pain would be horrible, she said, but I could handle it. Everyone’s choice is her own; she’d helped me find mine.

When I connected with Sharsheret, I tried to stay on the app topic, but they were entirely focused on how I was doing. I received a treasure trove of helpful hints about how to cope post-operatively. I devised my own solution to keep my morning tea routine, I would ask someone to pour heavy things into small cups.

Was I helping Sharsheret, or were they helping me?

As a student of Hebrew, I learned that El Shaddai אֵל שַׁדַּי‬ means both The Great Mountain, and G*d my breast. I’ve begun a Haiku, which will probably become a song as well…

The bright pink scars will fade with the tincture of time. Grief, too, will fade. Not grief about obvious things, like having to cancel the book tour for my first novel or missing a family Bat Mitzvah. No, I mean grief for the loss of something ineffable, akin to the sorrow I felt when I had to give up the violin because of issues with my left shoulder. A new diagnosis, Frozen Shoulder Syndrome from stopping HRT abruptly, has now reared its head. Yesterday, I was given a cortisone shot. The cortisone had me awake at all hours, and as I was walking in the kitchen in the dark, I slipped on a rogue piece of puppy kibble, landing smack on the frozen right shoulder. Lying there in excruciating pain, It struck me as funny, like slipping on a banana peel, and even funnier that this trouble, now in both shoulders, made me more symmetrical. I ended up laughing and crying both at once. Then it hit me! That’s what the cancer journey is all about: laughing and crying at once. If we keep honest to our own truth about our experience while holding on to resilient hope, we can forever believe the light at the end of the tunnel isn’t an oncoming train.