Keeping The “Seder” In Your Life

Keeping The “Seder” In Your Life 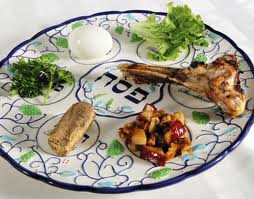 n the Passover story, we learn that the Jewish people are told, from an authoritative and reliable source, that they are to leave Egypt immediately in order to save their lives. They quickly gather their families and belongings, including unleavened bread which had no time to rise, and race out of Egypt. There was seemingly no time to think or make plans. Thus, the journey toward well-being begins for the Jewish people.

The center of the Passover holiday is the Seder, the Hebrew word for order. I can not imagine that the Jewish people felt particularly orderly during this time. Yet, somehow, they managed.

Leave Egypt, receive the Torah, go to Israel – that was the order. As we know, even the best laid out plans, even under reliable authority, have twists and turns. The Jews had to deal with the Red Sea challenge and travel in the desert. There was the whole golden calf debacle. They regrouped, took a breath, and gained wisdom, as they received the Torah. And eventually, they reached the land of Israel.

The journey is similar when diagnosed with an illness. The doctor tells you that you have cancer, which catapults you immediately into action mode. You may be scrambling to make phone calls, set up appointments, and make logistical arrangements.

Surgery, treatment, then survivorship. That’s the seder – that’s the order.  For many, there are unexpected occurrences such as infections post-surgery, changing the medication regimen, needing to choose a different reconstruction option, or perhaps a recurrence. The lesson we learn from the Jewish people is that as important as it is to have order, allow for unexpected challenges. Take moments along the journey to self-reflect and to gain wisdom. Remember that you may second guess yourself.  Trust your treatment team, trust your support system, and most importantly, trust yourselves. You are resilient. You will find your way.