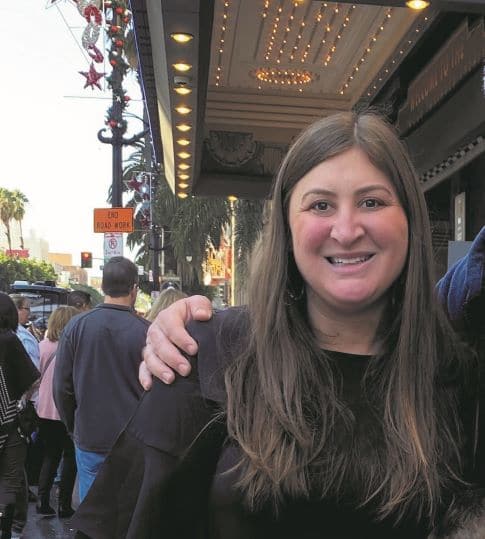 March 20, 2017 was the day I found out that my mom had breast cancer. One of the first things my mom did was to test for the BRCA gene. When she found out she was BRCA negative, we all exhaled a huge sigh of relief. While it didn’t erase her pain and worry, knowing that there wasn’t a genetic component to her cancer brought some comfort.

Two years later, my cousin on my father’s side was diagnosed with triple negative breast cancer at age 42. Since my family is not very close with those cousins, it wasn’t until her father, my uncle, suddenly passed away in 2020, that we learned she was BRCA1 positive. Because there was no known history of cancer on my father’s side, we figured my cousin’s genetic mutation was inherited from her mother.

That same week, my sister had a doctor’s appointment and decided to get screened for the BRCA mutation. I was so sure there was nothing to worry about; I said I’d only test if my sister’s results came back positive. A few weeks later we learned my sister was in fact BRCA1 positive. My family was shocked. In follow up, my father, my brother and I were all tested. Each of us carries the BRCA1 mutation.

I often think of all the other ways my story could have unfolded. Too many people don’t know enough about genetics associated with breast cancer. I figured that because my mother had tested negative for BRCA, there was no way I could be a carrier! Who knew you could inherit the mutation from your father? If my sister had not tested BRCA positive, I wouldn’t have even bothered getting tested. I am so drawn to the work of Sharsheret because of their work supporting women with breast cancer and ovarian cancer, and because Sharsheret educates people about hereditary cancer and cancer genetics.

I found out I was BRCA1 positive and for me, the next steps were clear. As the mother of 9-, 6- and 4-year-old children, I took proactive measures to protect my health. I had a complete hysterectomy and a double mastectomy. My journey has not always been easy, mentally or physically, but I was fortunate to have an organization like Sharsheret at my disposal. The incredible staff members played an important role further educating me about the BRCA gene, helping me process my diagnosis, and allowing me to share my story. I am so grateful every day.