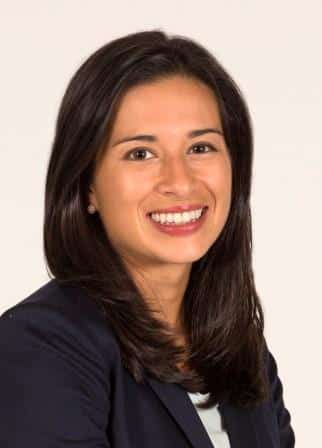 Just five years ago, the idea that one could live longer and better with ovarian cancer wasn’t conceivable for most women who had just been told they had late-stage ovarian cancer. Their diagnoses, most likely, would have come with a suggestion to get their affairs in order.

But today, survival rates are much higher, and living with ovarian cancer is becoming much more common, says Maria B. Schiavone, MD, a gynecologic oncologist at Holy Name Medical Center in Teaneck. “Women are surviving thanks to new treatment options,” she says.

New treatment options are being used in combination with chemotherapy and surgery. “New combinations are improving outcomes,” explains Dr. Schiavone.

According to the American Cancer Society, the five-year survival rate for all types of ovarian cancer is now 47%. If the disease is found early and has not spread outside the ovary the rate jumps to 92%.

In December 2018, the FDA approved the PARP inhibitor olaparib for first-line maintenance of advanced ovarian cancer in women with known BRCA genetic mutations. “FDA approval was based on a study published in the New England Journal of Medicine that demonstrated a 70% lower risk of disease progression or death from ovarian cancer with the use of olaparib as a maintenance medication over a placebo,” says Dr. Schiavone.

About 70% of women with ovarian cancer will face a recurrence, according to the Ovarian Cancer Research Alliance. However, maintenance therapy can help prevent the cancer from returning after chemotherapy, says Dr. Schiavone: “In addition to increasing overall survival, a maintenance strategy also aims to maximize a patient’s overall quality of life.” Multiple PARP inhibitors have now been approved for this indication as well.

Biologic agents are another new treatment for ovarian cancer. Bevacizumab (Avastin®), for example, is a biologic agent that inhibits the growth of blood vessels that feed cancer, which is part of the body’s normal healing and maintenance.

“Bevacizumab, and other similar biologic agents, are anti-vascular; they shut down blood vessels that feed the cancer,” explains Dr. Schiavone.

“Undergoing genetic testing can help a patient’s physicians determine the best treatment strategy for her,” she explains.

Whether you are newly diagnosed, in the midst of treatment, or in recovery, knowledge is power. Sharsheret and Holy Name Medical Center have partnered to offer support services and personalized care so no woman ever has to be alone throughout the course of her cancer journey. For more information, visit Sharsheret at https://sharsheret.org/ovarian-cancer/resources