May We All Go From Strength to Strength

May We All Go From Strength to Strength 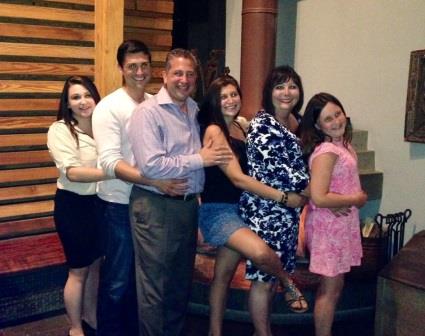 When my youngest daughter was four months old, I was diagnosed with stage two breast cancer. With my newborn, I would go to chemo treatments followed by daily radiation. After radiation we would go to Gymboree because life needed to remain normal. It was a new normal, but just the same, it was my normal. I would then go and pick up my other three children from school and continue on with the day.

After surgery, chemo, and radiation, there was no evidence of cancer. The doctors thought we were home free. But as anyone with cancer knows, it can sometimes be a very tricky disease. After three and a half years of remission, we found that the cancer had returned. The cancer had spread to my liver and bones. I now had stage four metastatic cancer. The diagnosis and prognosis was confirmed with two doctors. That was eight years ago. There has been no evidence of disease for 2 years and 4 months! Yes, I have metastatic breast cancer but I am living with it. I have a wonderful full life with my husband and four kids. Three are now in college and the youngest is in 7th grade.

I have had 11 types of treatment and achieved success with some and failure with others. One thing I do know is that research is key to giving us all a fighting chance. The more treatments we have in our arsenal, the more chance for one to work.  I also am not going to take my treatment lightly. I have blood work every 3 weeks and scans are done every three months. I fit cancer into my life. It works around my busy schedule. It is in the background of my mind but living is in the forefront of it. I believe in carpe diem every day. We were given this incredible blessing of life and I plan on living it for a very long time!