My Daughter Saved My Life: Told By an Ovarian Cancer Survivor

My Daughter Saved My Life: Told By an Ovarian Cancer Survivor 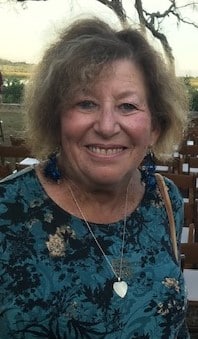 In 2012, I was visiting my daughter Lorrie’s home in Virginia. Lorrie is an RN and her colleague at the hospital (her gynecologist) suggested she get tested because of her Jewish roots, which put her at increased risk for having a BRCA1 or BRCA2 genetic mutation. It turns out Lorrie came back BRCA2 positive, which meant either my husband or myself had a BRCA2 gene mutation. We both got tested, and I was a BRCA2 carrier. My husband and I consulted a specialist at Sloan Kettering hospital in Manhattan. He suggested I have laparoscopic removal of my ovaries and Fallopian tubes as a precaution, and I had it done. Afterwards, the beginning of ovarian cancer was found in my right Fallopian tube just about entering my right ovary. I had been totally asymptomatic.

If it had not been for my daughter, I would have likely been presented with later stage ovarian cancer and I am not sure I would be here to write this 9 years later.

I became involved with Sharsheret to share my experience and to help others in any way possible.  I have mentioned to many women where I live, especially to those who are Jewish, the importance of genetic testing for mutations that might increase the chances of getting breast or ovarian cancer.

Knowledge is power and can save lives. I am so thankful my daughter’s Doctor and colleague encouraged her to get genetic testing, which ended up potentially saving my life.