My Heart is Stretched

My Heart is Stretched 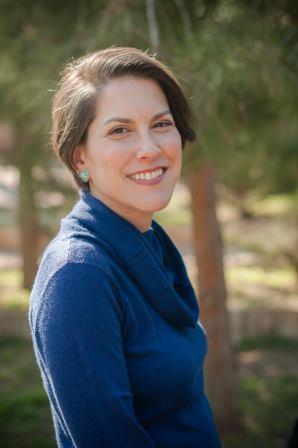 “That lump is cancer. If the pathology report comes back negative, I’m going to think it’s a mistake.”

Like a bomb dropped in my lap, a radiologist unloaded this sentence. Did he not see the baby I was nursing on my breast? In an instant, my life plans crashed. Forget my wish for a fourth child. Was I going to live long enough to rear the three little ones that I had?

Three weeks later, I had a lumpectomy and an axillary dissection. After two months of back-and-forth, the doctors blessedly decided that I did not need chemotherapy.  I had twenty-one sessions of radiation, and then I was “done”.

Nobody had forewarned me how hard it would be to return to my normal life; that in fact, I would have to survive “surviving”.

My doctorate in Holocaust history had lost its allure. I wanted to save lives! Yet how could I do that, with zero medical training?

A chance conversation opened a door. Over sweet potato soup, a doctor friend told me that cardiovascular disease kills more women in Israel than all of the cancers combined. Sadly, women don’t even know it, she lamented. Israel has no Go Red for Women campaign. If women knew the causes and signs of heart disease, they could save their own lives.

Channeling my political acumen and activist bent, I lobbied with doctors and politicians in the Knesset (Israeli parliament) to put this topic on the national agenda. We zeroed in on raising awareness about heart disease amongst those whose health risk was the most severe—one girl, one young woman, one adult at a time.  My efforts bore fruit. On March 10, 2014, the Knesset Committee on the Status of Women convened to discuss women’s heart health.

From breast cancer survivor—to heart health activist?! Yes, I know. Not your natural trajectory. A strange, and even unexpected, evolution. But I grin broadly when I think of the awareness we’ve raised, and the lives that we’ve saved! Cancer certainly stretched my heart.

That’s the thing about trauma. If you open yourself up, it can change you for the better. With a little luck, you’ll discover wings that you never knew that you had, spread them—and fly!

Of course, you’re probably wondering how a woman in Jerusalem got helped by Sharsheret! Here’s how: After completing all my treatment, I was told that I would have to get shots to shut down my ovaries. I panicked. I had responded poorly to birth control pills; how was I going to survive this doozy of a hormonal roller coaster? Through Sharsheret’s Peer Support Network, I was teamed up with a peer supporter, an incredible woman who quickly turned into a cherished friend. She helped me navigate the process with sage advice, humor and hand-holding (through the phone and email!). It is no exaggeration to say I may have not survived the journey without her. Thank you to my peer supporter! Thank you, Sharsheret!

An American-Israeli writer, historian, public speaker and health activist, Ruth has written and spoken about how an unexpected close friendship with a Palestinian emerged out of breast cancer. She has had five speaking tours in the US and is penning a memoir about her experience, tentatively titled Ibtisam and I: How breast cancer fostered an unexpected friendship across the Israeli-Palestinian divide. Galvanized to help others, Ruth became an advocate, promoting women’s health. She now lobbies the Knesset and works with Hadassah Medical Center in Jerusalem to promote women’s cardiovascular wellness among populations with the greatest need: Ultra-Orthodox women, Arab Israeli women, and those with disabilities, in addition to the general Israeli population. Ruth’s story has been covered by the BBC, NPR, The Atlantic, Alhurra TV, and Share America (the U.S. State Department’s platform for sharing compelling stories). Follow her on https://www.facebook.com/Laugh-through-Breast-Cancer-Ruth-Ebenstein-320615524714563/ and on twitter, @ruthebenstein. Her website is LaughThroughBreastCancer.com.  Her uplifting message: you can turn something bad into something good.