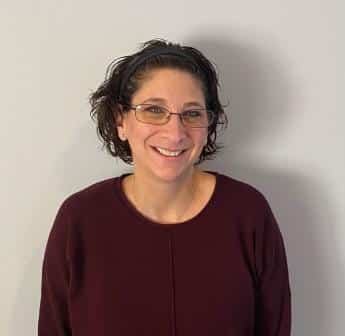 It was a typical summer night in June 2019 with my daughters, age 7 and 10 at the time, brushing their teeth and getting ready for bed.  I reached down to scratch the top part of my left breast and felt a lump.  It felt like a small marble and hurt a bit to the touch, but I didn’t think much of it, just that it might be a cyst.  I crafted a quick email to my OB/GYN and told her what I found and went on with my night.  The next day I received a response that said a script was sent for a 3D mammogram and then an ultrasound.  Keep in mind I had a routine mammogram and ultrasound in October 2018, only 8 months prior.

I scheduled the tests which I am used to doing, and during the ultrasound I knew something wasn’t right.  The radiologist came in to look at the screen and told me to set up a cyst aspiration/biopsy.  Again, I wasn’t alarmed because they were focused on the cyst aspiration and not the biopsy.  A week later I went in for the aspiration appointment a little bit nervous, but everyone kept saying we aren’t going to talk to you about the biopsy because you’re having a cyst aspiration and to keep positive thoughts.  I laid down on the table and the doctor came in and put the ultrasound on my left breast and said “this isn’t a cyst and it’s bad.”  Finally someone acknowledged something was not good.  Everyone went from sunshine and roses to a look of pity on their faces, but again said “don’t worry it might be nothing and you have to wait for your results.”  A long 20 hours later on a Thursday afternoon I was sitting in my office with two colleagues when my Doctor called.  I answered the phone and that’s when my whole world changed, I had breast cancer.  I don’t even remember the phone call other than my doctor saying it’s bad and very aggressive and you need to get a surgeon immediately.  I cried for days until I saw a doctor that Monday who told me I had Triple Negative Breast Cancer (TNBC) which is an aggressive form of breast cancer requiring a lumpectomy, and aggressive chemotherapy and radiation, but I was going to be ok.

About three years prior to my diagnosis Sharsheret came to my office to shed light on the work they do for breast and ovarian cancer patients, and I was blown away.  Never did I think I would need them, but I was happy I knew they existed to share with people I came in contact with facing one of these diseases.  Fast forward to my diagnosis, I reached out to Sharsheret and had a wonderful social worker reach out to me to ask me all about my experience, my family and what I needed.  They were the support I needed to get my family and me through this long grueling process.

I won’t lie and say chemo was easy, it wasn’t.  I felt terrible for months, I lost all my hair, I had no sense of taste, and the list goes on. But I got through it with the support of my Sharsheret social worker checking in on me.  I may not have needed a ride to chemo, or someone to talk to because I already had friends who went through what I did, but the fact that someone checked in on me, sent me cookbooks, gave me information on wigs, and so much more was exactly what I needed.

I just celebrated my one year anniversary from my last chemo, and I’m about to celebrate being done with all treatments on March 19th.  I feel great these days minus some side effects and my short hair still growing back from chemo, but I made it through, and I am happy to give back to the TNBC community as a peer supporter for Sharsheret!