By Bill Aron, Author of New Beginnings: The Triumphs of 120 Cancer Survivors July 12, 2017 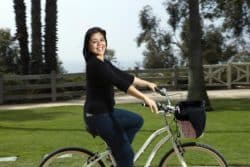 Who shall live and who shall die? You probably recognize this line from the Yom Kippur liturgy. A cancer patient faces this question in a very real and emotional way. Thanks to modern medicine, there are more and more people surviving their diagnoses each year. That leaves us with more and more survivors saying, “what now?”

When cancer patients finish their treatments, the flurry of doctors’ appointments and phone calls is replaced with a gaping silence and an uncertainty about the future. A friend of mine called this the “silent phase,” when everyone expects life to return to normal.

After my treatment had ended I heard someone say, “Cancer is the best thing that ever happened to me,” I thought he was nuts, and I stared at him in disbelief. For me, it was the worst thing that had ever happened. When I met like-minded others however, I began to perceive that there was another way to look at my life. To better understand my own post-treatment experience, I interviewed more than 120 people and families, ages 2 through 99. What I found surprised me; I learned that there might be another stage of cancer, one that follows diagnosis and treatment; not just left over feelings, but an actual phase that, like treatment, has a beginning, middle, and end-goal.

I didn’t meet anyone who said that life returned to “normal.” Most spoke of a transitional period wherein they struggled with how to re-create their lives. People reported a combination of fragility and inner strength. Fragile in that they had a realistic assessment of what they’d lost, and of the obstacles ahead. Their strength was based in a belief that they could overcome these obstacles; their fate was in their own hands. They didn’t necessarily think of themselves as being cured; they felt that they’d do everything possible to make the most out of whatever time they had left.

Cancer forces people to put their lives on hold, but many survivors gain a new perspective on life. It’s as if their senses become more finely tuned by facing their own mortality. I recently learned of Sharsheret’s mission and was amazed at the unity that it brings to women and people affected by cancer. The “silent phase,” though scary and seemingly inevitable, can be counterbalanced by community. It takes a shift in perspective to know that one can seek out companionship through Sharsheret’s many avenues of communication. When I interviewed Aurora Avilla (Breast Cancer), she said something which, upon later consideration, made me realize how important Sharsheret can be to women during and after their diagnoses:

Cancer forced me to get to know myself deeply, and it forced a spiritual growth that I had never imagined or expected. When you are looking at yourself in the mirror, completely nude without even a strand of hair on your head, you have no choice but to see the real you.

In conclusion, I feel that it is essential that we recognize and explore this new stage, this “silent” phase. We might want our lives to return to “normal,” but maybe it’s better that we abandon this thought, and remain constantly grateful for what we’ve been given, this new way to live our lives.