No Matter What Life Hands Me

No Matter What Life Hands Me 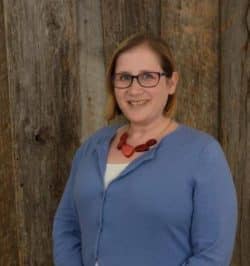 In June 2013 I was diagnosed with breast cancer at the age of 38. Since my tumor was small and contained, I assumed I would have a lumpectomy and radiation. Then I found out it was a triple negative breast cancer (TNBC) and I was BRCA1 Positive – a one, two punch that I was not prepared for.

Triple negative – what did that mean? Was my cancer three times as bad? Was it less treatable? I had so many questions and so much fear of the unknown. Fortunately, my medical team listened to all my concerns and gave me lots of information. A friend told me about Sharsheret and the peer support/resources I received for my husband and family were vitally helpful. I still find it amazing how quickly one can become an expert.

My doctor explained that TNBC meant my tumor did not test positive for estrogen, progesterone and HER-2. It affects approx. 1 in 10 women with breast cancer, though it is more common in young women and women who are BRCA1. Such an elite group! On the positive side, TNBC tends to respond well to chemotherapy, and in my case I would not need to go on any long term hormonal intervention such as Tamoxifen – a small silver lining. I would be able to continue to put soy milk in my coffee (some studies say soy can impact estrogen production.) On the down side, there is a higher risk of recurrence and, because they are not sure what causes it so they cannot say with certainty what might prevent it from returning. Once my head stopped spinning, I chose a treatment path of chemo and a double mastectomy. My kids were 8 and 4 at the time and I wanted to do whatever it took to be their mom for as long as possible.

When I was first diagnosed, my daughter said something that became my mantra – “This sucks, but you’ll be fine.” Though I know I am still at risk of recurrence, there is a comfort in knowing that I did everything I could to send cancer packing. I am strong and tenacious and no matter what life hands me, I will be fine.