On Yom Kippur, a lesson about living with mortality

On Yom Kippur, a lesson about living with mortality 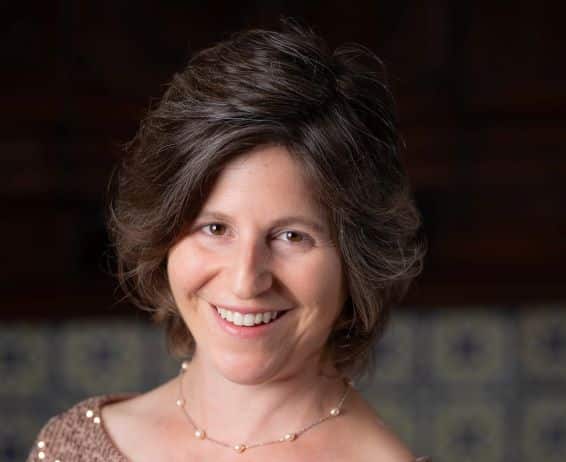 Yom Kippur, 2019. I wore white, as is my custom, and didn’t shower, apply creams, or wear leather. These are the tools the tradition offers to playact our mortality. But I didn’t need them. I was two months past a major surgery, one month into chemotherapy, and fully aware of my own vulnerability and weakness and the possibility of death. Sitting alone, forcing myself to eat and drink as my doctor had commanded, I prayed for my life.

The psychotherapist Irvin Yalom, in his book Love’s Executioner, writes:

We know about death, intellectually we know the facts, but we—that is, the unconscious portion of the mind that protects us from overwhelming anxiety—have split off, or dissociated, the terror associated with death … But there is another way—a long tradition, applicable to psychotherapy—that teaches us that full awareness of death ripens our wisdom and enriches our life … though the fact, the physicality, of death destroys us, the idea of death may save us.

The idea that facing the fact of death—even certain death—enhances life and imbues it with beauty and meaning seemed trite to me until I lived it. Then it became obvious, and pressing. I was ill, physically. From the cancer, of course, which I could feel and touch, like a ridged peach pit under my soft skin, but also from the side effects of the treatments that were ostensibly saving my life. My illness made me intimate with the possibility of death.

I gradually became aware that I had a choice. I could “get through it,” as if my illness were an irritating detour; I could put my foot on the gas pedal, speed through this unanticipated extra leg of my life’s journey, and attempt to return to “normal life” as quickly as possible. Or I could heed the pull of this newly open road. When I allowed myself to stop moving so quickly, I began to feel the vastness of the sky, the slow warmth of the sun seeping into me. I began to see the canopy of trees, with their leaves’ diaphanous play of light. I began to sense that this experience wasn’t delaying or encumbering or impinging on my life. It was my life. It offered a completely new way of being. I became less rushed. I developed clarity and confidence about how I wanted to spend my time, and with whom. I stopped shoving the oldest, deepest, truest-to-me voices into the cellar, stopped muffling them and locking them in. I breathed into the awareness of death, and I experienced relief.

I think that’s what Yom Kippur is supposed to be: a theater of existential death awareness. Somehow, embodying the physical frailty that is a precursor to and reminder of death, even by playacting our mortality, helps us to feel the truth that we theoretically know: that we—me, but you too—are mortal. This feeling can strengthen the spirit.

This has something to do with our relationship to time. Yom Kippur, after all, marks the end of the beginning of a new year, a yardstick in the passage of time. Perhaps think about our relationship with time as a seesaw. Death awareness puts weight on what I think of as the “short-term-living” side of the seesaw. If you knew you had only a certain number of days (or months or even a handful of years) in which to live, you would make very different decisions than you would if you knew you had decades or a couple of quarter centuries.

When I was diagnosed, and then during the course of my acute treatment, I began to approach my life as if I had only days, weeks, or—at most—months to live. Nobody told me this was my prognosis. But the treatments alone had treacherous potential side effects, including death. And I’d known too many women, younger than myself, who had been told they had a “good prognosis” and then died within five years. This shift into “short-term living” was so powerful and freeing. I began to enjoy being with my children more, to delight in them. I reprioritized my work and stopped doing the work I didn’t want to be doing. I took long walks. I ate ice cream. I reconnected with the handful of friends I’ve always loved and disconnected from most other social obligations. I restarted writing poetry and compiled a collection. I played the piano in the evenings. I thought, if this is what it feels like to be 90 years old, it’s wonderful. When I was finally allowed, after months of quick showers to protect my PICC line, to submerge my flesh in water, I swam in ponds. It was heaven. After each swim, I was moved to tears with gratitude for the gift of the clouds above the water, as seen from within the water. I felt so at peace, that first summer of healing, after each swim. At peace enough to rest in peace. That’s how precious each day, sometimes even each hour, was.

But I’m still here, past the worst of the treatment. Each day puts more and more weight on the “long-term living” side of the seesaw. My treatments now include additional interventions to combat the inevitable long-term side effects of my current medications. Doctors talk about what my bones will be like when I’m in my eighties. Part of me wants to say, “I just want to swim across the pond and watch the sunset. Maybe write a few lines and listen to some Bach. Then, I’m out, I’m good.” How am I supposed to know how to live in this teetering, liminal, trembling space? My core isn’t strong enough to sustain this balancing act.

Yom Kippur is a gift—the day in which we have an opportunity, together, in sync with one another, to embody death. It brings us face-to-face with the idea of death and, in turn, offers the possibility of salvation. Leviticus 16:29:

And it shall be a perpetual statute for you: In the seventh month on the 10th of the month you shall afflict yourselves and no task shall you do, the native and the sojourner who sojourns in your midst. For on this day it will be atoned for you, to cleanse you of all your offenses, before the Lord you shall be cleansed. It is a sabbath of sabbaths for you, and you shall afflict yourselves, an everlasting statute. (Translation by Robert Alter)

It shall be a perpetual statute for you. It is a kind of grace to keep this awareness close, year after year, rather than at arm’s length. In Latin, this concept is called memento mori, a phrase that means “remember your death.” A recent article in The New York Times describes its purpose: “The concept is to intentionally think about your own death every day, as a means of appreciating the present and focusing on the future.” Sister Aletheia, the nun featured in the article, explains that “we try to suppress the thought of death, or escape it, or run away from it because we think that’s where we’ll find happiness … but it’s actually in facing the darkest realities of life that we find light … ” She recommends, like Socrates and Seneca before her, that we “practice” death to cultivate a life of meaning and purpose.

It is traditional for people to wear white on Yom Kippur not only as a symbol that we are pure and cleansed of sin but also because we are buried in white shrouds—tachrichim. We abstain from the physical pleasures of the body—sex, fragrant soaps and lotions and bathing, eating, drinking, elegant footwear, and makeup—not simply because focus on the physical distracts us from the spiritual, but because we are literally enacting our own deaths. Memento mori, for 25 intensive hours. A cancer diagnosis, for 25 hours.

None of us will be spared death. This we know; it should not surprise you. But what is surprising is that an active, embodied, existential awareness of this has the opportunity to be life-saving. This Yom Kippur, let yourself be jolted back into your true self, into the self you would be if you couldn’t be here for very long. And then live that self, day after day, year after year, decade after decade, for as long as you can hang on.

Maya Bernstein is an MFA candidate at Sarah Lawrence College; her first collection of poetry, There Is No Place Without You, is forthcoming from Ben Yehuda Press.