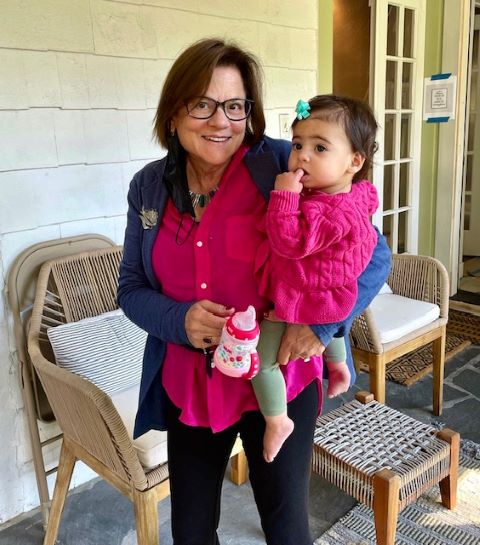 I was born a Yankee fan. My father was raised in the South Bronx, a son of penniless Jewish immigrants who had fled Czarist Russia, too poor to buy a ticket to Yankee Stadium. He and his pals watched the games from the roof of his apartment building.

He grew up to be a successful doctor, and took our Baby Booming family to choice seats behind home plate, where I ate greasy hot dogs with sauerkraut, fat salted pretzels smeared with yellow mustard, and Crackerjack that stuck in my teeth as I searched for the prize at the bottom of the box. My father explained the plays, stood us up for the Seventh Inning Stretch, and sang at the top of his lungs, “Take me out to the ball game, Take me out to the crowd!” We went to Monument Park, where I learned to revere Pinstripe legends like Lou Gehrig, Joe DiMaggio, and Babe Ruth. I was ten years old when I saw my idol, Mickey Mantle, hit a home run, break his bat, and light up the Stadium with his megawatt Midwestern smile.

I stayed loyal to my Boys from the Bronx throughout my life and raised my kids to be good Yankee fans, too. But after consecutive World Series wins in 1977 and ‘78 they went into a slump—that stretched out for nearly 20 years. It was excruciating. How could the Yankees, the most glorious team in sports history, be in the cellar? I sympathized with Mets fans.

Just when I thought I could stand it no longer, in 1996 a miracle occurred. Joe Torre, a quirky big-hearted manager took the helm. An infusion of shining talent came up from the farm league: Pitcher Andy Pettitte, closer Mariano Rivera, catcher Jorge Posada and shortstop Derek Jeter—The Core Four.

With the fervor of immigrant kids playing stickball on Featherbed Lane the young team took off. By the summer of 1996 they were poised for a World Series run. In August they were well on their way. Then, out of left field, I was diagnosed with breast cancer.

If the Yankees could win the World Series, I could beat breast cancer. A foul ball on a full count isn’t an out and I had my own Core Four: Breast Surgeon, Oncologist, Chemo Nurse, and Social Worker, plus my very own quirky, big-hearted manager, my father the doctor, steering me through the medical maze.

I had a lumpectomy. The Yankees slammed the White Sox 9-2.

I had an axillary dissection. The Yankees pummeled the Tigers 12-0.

I had a mastectomy. The Yankees shut down the Blue Jays 10-0 and went on to clinch the pennant.

I faced chemotherapy. The Yankees faced the Atlanta Braves in the World Series.

The Braves prevailed in Games 1 and 2 at home. Nails were bitten. Nerves were wracked. Prayers were said. The boys headed to Atlanta, trailing by two. There they won Games 3, 4 and 5, fighting for every run. New Yorkers were jubilant. Chemo had me zonked. On October 26 they returned to the Bronx for Game 6—and won their first World Series in 18 years.

The team bounded out of the dugout and hurled themselves on top of one another in a human mountain. One player took a flying leap onto the peak and somersaulted back down to the grass. The whole Stadium burst into song: “If you can make it here, you’ll make it anywhere, it’s up to you New York NEW YORK!”

It’s 2013 and the Core Four are retiring one by one, first Andy Pettitte, then Jorge Posada, this year Mariano Rivera and soon, the symbol of the modern Yankees, Captain Derek Jeter.

And I? I have a recurrence. Was it really the Yankees, then, who cured my cancer? Has the spell been broken, turning me back into a patient? I’m spinning like a foul ball again, bouncing off the stadium walls, flung out of the park on a trajectory no one can predict. Yet cancer isn’t my biggest challenge. My father is 95, dependent, frail, spiraling downward, day-by-day. What will I do when he retires?

This story was initially published in March, 2014 in “Visible Ink,” a journal of Memorial Sloan Kettering Cancer Center. My father died on January 4, 2014

Ellen Kirschner is a retired journalist and creative writer whose work has appeared in “The New York Times,” “Architectural Record,” “Under Our Skin: Literature of Breast Cancer,” “INTERFACES: Representation of Illness In Literature and the Arts,” “Visible Ink,” a journal of Memorial Sloan Kettering Cancer Center, and elsewhere. She divides her time between the Upper West Side of Manhattan and Beacon, New York, where she lives with her black cat, Smudge.

My Connection With Sharsheret:

While struggling with severe side effects from treatment for Metastatic Breast Cancer, I began to lose hope. Was increasing the quantity of my life worth the diminished quality I felt doomed to live? I almost gave up. Then my first grandchild was born. Like the miracle she was, she revived my will to live. I turned to my Rabbi for help. He offered comfort and hope, and also referred me to the staff social worker, who told me about Sharsheret. My Sharsheret social worker and I developed a warm relationship. She always has a ready ear to listen to whatever I’m going through, offering practical suggestions, too. She recommended that I join Sharsheret Embrace, the private FaceBook Group she moderates, where I am an active participant. At Sharsheret I found a new home. At Sharsheret, I found hope.