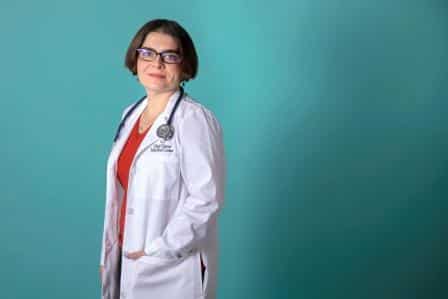 Breast cancer is the most frequently diagnosed cancer in women. Hormone- receptor positive breast cancers – meaning the cancer cells grow in response to estrogen and/or progesterone – are the most common type of breast cancer, representing 75% of all cases.

Advances in hormone therapy, also called endocrine therapy, have given us good options to prevent breast cancer in women who are at high risk for developing the disease. Hormone therapy is taken orally as a pill. The therapy is also used, as what is called adjuvant therapy, to prevent the recurrence of hormone-receptor positive breast cancers after patients have undergone surgery and radiation therapy, if necessary.

We are also using hormone therapy as a first-line therapy in women with hormone-receptor positive metastatic breast cancer, when the disease has spread beyond the breast and nearby lymph nodes into other parts of the body. The new standard of care is to combine hormone therapy with medications called CDK4/6 inhibitors to prolong progression-free survival for patients with metastatic cancer. CDK4/6 inhibitors interrupt the growth of breast cancer cells and give patients more time before they must begin to receive chemotherapy.

Genomic testing, such as the Oncotype DX 21® gene assay, has allowed us to identify patients who are most and least likely to benefit from chemotherapy. Oncotype DX 21® generates a score of 0-100 based on 21 specific genes in breast tissue samples from patients’ biopsies or surgery samples. This unique set of genes predicts a patient’s response to chemotherapy as well as the chances of cancer returning.

The effectiveness of Oncotype DX 21® has been extensively researched and documented. Thanks to the recent results of a clinical trial called TAILORx, we now know:

To make an appointment with Dr. Goldman, call 201-227-6008 or visit HolyNameMedicalPartners.org.