Safeguarding Your Health and Osteoporsis Prevention

Safeguarding Your Health and Osteoporsis Prevention 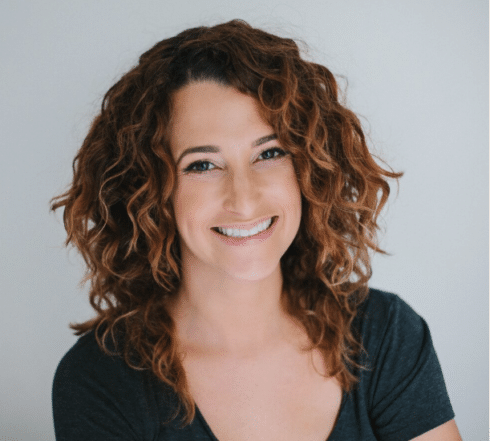 I’ll never forget September 7, 2012, the day that I was diagnosed with breast cancer. I was only 28 years old at the time, so it was a huge shock. It turned out that I had the BRCA1 mutation, which can cause breast cancer at a young age. I was lucky that I caught the cancer early through a self exam, and after undergoing chemotherapy and a double mastectomy I’ve now had no evidence of disease for almost 10 years.

After the treatments ended, I found out that I had a condition called osteopenia (a precursor to osteoporosis). Apparently this can sometimes happen after chemotherapy. It usually doesn’t require medication unless it progresses, and so for the last decade I have been monitored through bi-annual bone density scans and have engaged in preventative activities like weight bearing exercise and eating a diet rich in calcium and Vitamin D. So far, it hasn’t progressed, and a nice byproduct has been that I’m in great shape from all of the barre, pilates, TRX, and strength training (my go-to weight bearing exercises.)

At 38, I am starting to think about removing my ovaries due to the increased risk of ovarian cancer associated with BRCA1. I just had my first miracle post-cancer baby last year and had my tubes removed as an interim protection (there is some evidence that ovarian cancer starts in the tubes). Aside from potentially wanting another child, one of the things that holds me back from removing my ovaries is that I don’t want to deal with the side effects of menopause 10 years early – one of which is an increased risk of osteoporosis.

When I start to stress about it, I remind myself that some parts of cancer and BRCA are out of my control, but what is in my control is how well I treat my body and how I spend my time. For now, I’m going to enjoy the present and cross that bridge when I come to it.

About the author: Alona Shaked is a former lawyer and executive, cancer thriver, IVF mama, writer, & women’s health activist. As a women’s executive and career coach, she helps women clarify their purpose and create a balanced and fulfilling career and life. Learn more about Alona’s cancer, infertility and thrivership story here.