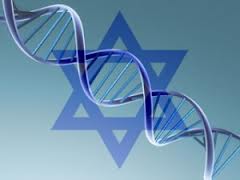 Recent studies on the subject seem to indicate that it means more than the scientific community originally thought. In the past decade, stories of young Hispanic women developing the kind of aggressive breast cancer associated with a BRCA gene mutation commonly found in Ashkenazi women popped up around the Southwestern United States. It turned out that these women were actually descendants of Sephardi Jews (defined in this instance as Jews with Spanish and Portuguese ancestry, but the term is often used more broadly to include Jews of Middle Eastern decent as well), who were exiled to the United States and Mexico during the Spanish Inquisition. This story led genetic counselors around the country and in Israel to begin seeking answers to the question: Are Sephardi Jews also at high risk of developing BRCA gene mutations?

There isn’t a concrete answer to this question yet.  There is a limited pool of Sephardi women sampled in scientific studies on BRCA gene mutations. However, a study on the genetics of different Jewish geographic groups conducted by Dr. Harry Ostrer, a professor of genetics at the Albert Einstein College of Medicine, has demonstrated that all Jews are likely genetically related.  Additionally, studies conducted in Israel have revealed two unique mutations in the BRCA genes that are found only in Sephardim, one of which was found in women who immigrated to Israel from Iraq, Yemen, Iran and Afghanistan, and the other was found in a study conducted by Dr. Michael Sagi on ‘pure’ Sephardi Jewish women from Spain and Portugal. Out of the 177 total women sampled in Dr. Sagi’s study, approximately 1 out of every 30 was found to have a mutation in the BRCA gene.

This emerging research suggests that Sephardi women may be at high risk of developing hereditary breast cancer and ovarian cancer, but more comprehensive research is needed. We will continue to follow this research and keep the Sharsheret community informed of any new developments. If you have questions regarding your personal family history or risk of hereditary cancer, click here to contact our genetic counselor Danielle Singer.