Speaking About the Unspoken Reality of Cancer

Speaking About the Unspoken Reality of Cancer 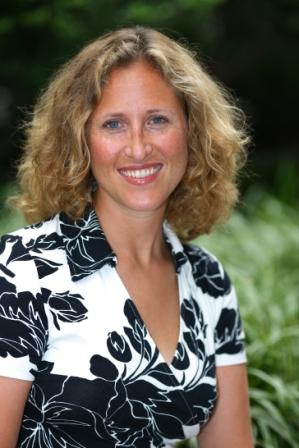 My grandmother died in 1995 after a long battle with breast cancer.  In all of the years of her illness, I cannot recall her using the word “cancer”.  She spoke of being “sick”, “weak”, “unwell”, and she asked me, on her death bed, to remember her.  “Don’t forget me,” she would say repeatedly, frail and bald and unlike the confident Bubby who had pushed me on the park swing as a child, arms made strong from years of sewing sweaters in a factory. I remember sitting beside her, law books in my lap as I studied for exams by her hospital bedside, thinking that her request was odd: “Don’t forget me”.  How could I forget her, my own grandmother, who had helped raise me?

But the reality of my grandmother’s generation was that those with cancer were often forgotten. The disease itself was not discussed.  Some whispered about “Yeneh Machlah” – “that disease” – in Yiddish.  Others would refer to the “C word”, without actually uttering the word itself.  Fears of “Ayin Harah” – the evil eye – shadowed real conversations about cancer, and concerns about marriagibility among family members forced many into a hiding of sorts.

Eleven years ago last week, I, too, was diagnosed with breast cancer for the first time – 28 years old, an attorney raising two young children.  And sadly, not much had changed in the Jewish community since my grandmother’s diagnosis.  Despite the plethora of organizations addressing community needs, there was no Jewish response to breast cancer although 1 in 40 Jews of Ashkenazi descent carries a gene mutation that makes us almost 10 times more likely to develop hereditary breast, ovarian, and related cancers.  New research points to genetic susceptibility among Sephardi Jewish families as well.

I founded Sharsheret, a national breast cancer organization addressing the needs of Jewish women and families facing breast cancer, to fill that void.  In the past 10 years, we have launched 11 national programs, including one addressing ovarian cancer among Jewish families.  We have welcomed more than 1,600 women to our National Peer Support Network.  We have responded to more than 24,000 breast cancer inquiries, presented more than 250 education programs nationwide, and educated students on more than 150 campuses across the country.  We have been awarded a seat on the Federal Advisory Committee on Breast Cancer in Young Women and federal grants to develop programming specific for Jewish women and families affected by breast cancer.

Perhaps even more than Sharsheret has accomplished on its own, I am proud that we have paved the way to welcome neighbors into this once lonely community of cancer advocacy and support.  Today there are more than 30 Sharsheret Supports partners – Jewish organizations that develop local breast cancer and ovarian cancer programs nationwide – adding to the growing Jewish communal response to cancer.

As I mark my 40th birthday today, a two-time cancer survivor, I celebrate not only the life with which I have been blessed, but the lives of those, like my grandmother, whose cancer journeys – no longer a forgotten whisper – have found their voice.