What You Need To Know About Immune Checkpoint Inhibitors

What You Need To Know About Immune Checkpoint Inhibitors 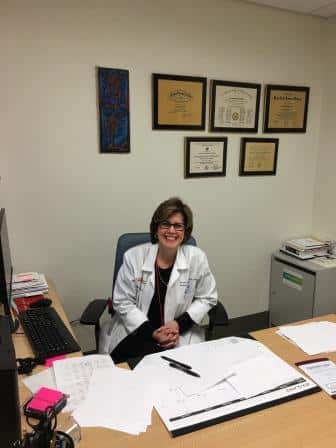 In the last several years, cancer therapy has been expanding exponentially, in particular, a class of agents called immune checkpoint inhibitors has demonstrated great promise in many types of cancer.  The body’s immune system contains different types of cells (T and B cells) which normally become activated in situations such as infection and cancer and can attack and destroy these abnormal cells. However, cancer cells, or cells surrounding the cancer may have proteins on their surface (called PD-1 or PD- L1) which, when activated, essentially put a brake on the body’s immune system from destroying the cancer.

Immune checkpoint inhibitors are a type of immunotherapy which block these proteins and release this break, so the immune system is turned on.  Once this break is released, the immune system can then attack and kill cancer cells. There are several of these drugs which have been FDA approved.  However, to date, only one checkpoint inhibitor, atezolizumab ((Tecentriq), has been FDA approved for breast cancer. This drug, in combination with nab-paclitaxel (Abraxane), demonstrated a 10 month overall survival benefit in women with triple negative metastatic breast cancer who have tumors that express PD-L1 compared to nab-paclitaxel alone.  All patients with locally advanced or metastatic triple negative breast cancer should have PD-L1 testing on their tumor. This testing could be done on any sampled tumor tissue from a positive biopsy, or from prior breast surgery.

To date, there are no specific immune checkpoint inhibitors approved specifically for ovarian cancer.  However, this is an area of active investigation, particularly in combination with PARP inhibitors, bevacizumab (Avastin), and other agents.  Preliminary data suggests that immune checkpoint inhibitors may improve responses to subsequent chemotherapy and improve overall survival in women with recurrent ovarian cancer.

Another immune checkpoint inhibitor, pembrolizumab (Keytruda), has been shown to have anti-tumor activity in any advanced or metastatic cancer that is considered a microsatellite instability high tumor (MSI high).  This is seen in patients with Lynch syndrome. Patients with Lynch syndrome have an inherited mutation in one of several genes called mismatch repair genes and have a much higher risk of colorectal cancer and uterine cancer.  There is also a slightly higher risk of ovarian cancer and possibly breast cancer with Lynch syndrome. Some tumors can be MSI high in patients who do not have Lynch syndrome. Therefore, all patients with metastatic breast or ovarian cancer should have their tumor tested for MSI as pembrolizumab could be a potential therapeutic option.  This testing could be done on any tumor tissue that has been removed with surgery or biopsied and can be done in the pathology laboratory.