When Cancer Knocked Me Down vs. How It’s Going Now

When Cancer Knocked Me Down vs. How It’s Going Now 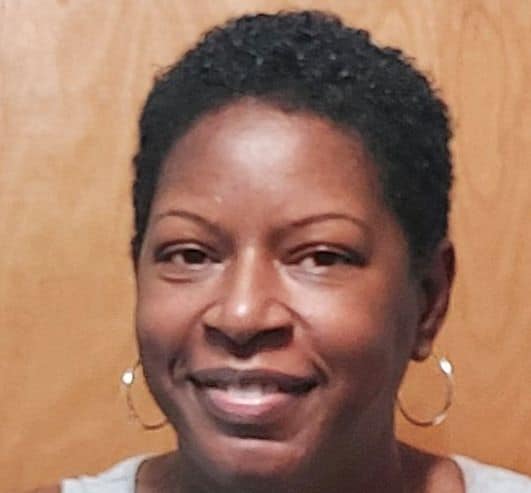 In March 2018 at age 43 I was diagnosed with De Novo Her2 Positive Stage IV Metastatic Breast Cancer. That is a mouthful to say so you can imagine the shock that I was in during the four weeks between feeling the lump and receiving my final diagnosis. I was in a fog trying to process so much and keep going with being a mother and wife. I had been knocked down harder than I ever had in my life.

I sat with my husband hearing the oncologist explain the diagnosis, treatment plan, and sharing about a patient like me who had been on the same treatment for 10 years. Never in the conversation did she give me a negative outlook, however, all I could think was “stage IV I’m dying.” The only things I said to my husband were my choices for hospice and no matter what, our daughter should still go away to college.

In the weeks to follow I felt like I was crawling through life. Through treatment, working, being a mother and wife, losing my hair, losing weight. Confused about the disease and my treatment plan before surgery. Why! Why can’t you cut it out. I would later learn more and have a better understanding of the initial treatment plan.

Cancer knocked me down at a time in my life I had been waiting 18 years for. My only daughter’s high school senior year. I had decided to only share the details of my diagnosis with a few people. I couldn’t let cancer over shadow Prom, college, basketball, signing, baccalaureate, Senior Spiritual Retreat, graduation and Debutante Ball. At that point most people just knew I had cancer and was getting treatment.

Months passed. I finished chemo and continued doing targeted therapy. I had clear scans. I began to feel stronger physically. My hair started to grow back. Next thing I knew, I was at the 1 year NED (no evidence of disease) mark. With all that seemed to be going right I still haven’t found a way to pick myself up. During that first year I was feeling so depressed and waiting to die. This was extremely stressful because I had to work so hard to hide those feelings.

As I entered the second year of my diagnosis I connected with support groups and organizations that I had known about but was reluctant to be a part of. I was afraid of making connections that I knew I would lose. I began to understand that these connections enabled me to become educated about the disease and were valuable. Connections with support groups like Sharsheret provided  me with a community of people that I could depend on for support and that I could also give support to. Attending an MBC (metastatic breast cancer) conference opened my eyes to truly understanding that it wasn’t just me. I wasn’t alone. I began to research and find out about my disease, treatments and trials. I learned I had to find my voice and strength to advocate for myself. I had to empower myself. I finally figured out how to get up.

Just as I hit that pivotal start to my 3rd year living with cancer a pandemic shut the world down. The oncologist I started with left the practice, and I had my first recurrence/progression. Cancer was back in the original breast, virtual 1st grade, virtual college, working from home, and a new oncologist. Cancer knocked me down again. UGH! This time I knew how to get right back up. I knew enough about my diagnosis to walk into my appointment with a treatment plan. I had become a “professional patient.” New treatment started and things were going well. With the pandemic not getting better I was forced to explain the details of my diagnosis to my young adult children. I needed them to understand why we had to be extremely cautious. As much as I thought I was trying to protect them from the details of stage IV cancer, now I know it was wrong to not just be honest with them.

For a year I dealt with several more recurrences/progressions that required plan changes. But this time, each time I felt cancer knocking me down I was able to find the strength to get back up because of the strength and support that Sharsheret gave me. It took me a long time to get to this point. It was not only my determination to live, but the work I did to learn more and connect with people. Learning how to be my own advocate became my super power, and I now know I can get back up again if cancer knocks me down again.