Who Are You Calling Saggy?

Who Are You Calling Saggy? 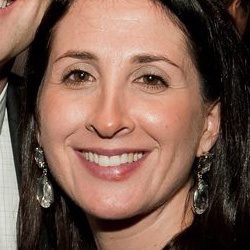 Mammograms are not particularly pleasant. Also in the unpleasant category- getting a letter from the breast imaging center informing you that because your breasts are dense, you also need a sonogram.

I went in for the sonogram. After having had so many ultrasounds during my pregnancies, it was weird to be getting scanned when no baby was involved.

I’m not a nervous person, but I had already worked myself into something of a tizzy as I lay there on the table.

I stared at the technician’s face as she scanned me, searching for a clue. Let me tell you something – I WOULD NEVER PLAY POKER WITH AN ULTRASOUND TECHNICIAN. Then, she starts to type things on the screen:

She assured me that “SAG” was only a technical term.

I stop searching her face for clues, and turn to the screen. A few minutes later, after I’m sure I’ve spotted what are many suspicious marks, she types TR.

It is at this point that I move from mild anxiety to full on panic. I was covered in such a thick layer of shvitz, that I was sure I’d slide right off the table.

The tech said nothing. When she left to get the doctor I sat up and waited.

Hours later, the doctor came, all cheer and chatting. I am monosyllabic in my responses.

You ok? He asked.

Kind of, I reply. It’s just been a long wait in here.

Its been ten minutes, he said. I looked at my watch. He was right.

Just tell me. I said. What’s the verdict?

He said I was fine. All clear.

TR? I say, perhaps a bit too loudly. TR – stands for tumor, doesn’t it? I saw her type it. I pointed at the technician. How can I be fine?

Apparently, TR is short for TRAVERSAL, and not tumor. While I’m on the subject of my ignorance, SAG is short for SAGITTAL. Please don’t ask me what either means.

I raced out of the office and grabbed a carrot juice. I sat down on the sidewalk, drank it, and checked my email.

There in my inbox was an email I had received from Sharsheret, an organization which counsels women and families facing breast and ovarian cancer.  They had a spot left on their marathon team.

I ran a marathon in 1999 – before kids. I’ve only run halves since then and frankly, were it not for my desire to run the NYC marathon just once, I would have ignored the email.

But I wanted to run it. I also knew, sitting on that sidewalk, that if I’d had a silly panic attack during a routine, all-clear sonogram, women who go through far worse need every ounce of support we can muster, and they need it every stage.

Which is really why I’m running. It’s also why I’m asking you to sponsor me in my run.